The top hackers in the world come from different backgrounds and geographical locations with a common shared theme of having an early passion for technology.
Est Read Time: 10 min

*This article was refreshed in January 2023.

The top hackers in the world come from different backgrounds and geographical locations with a shared common theme of having an early passion for technology. Given that the Cobalt Core is our own “hacker marketplace” (i.e. a highly vetted global community of top pentesting talent), we thought it was worth giving a nod to the most famous names in the game, who paved the way and tested the boundaries for future hackers to come.

With that said, let’s dive into the 10 most famous* hackers in the world.

As an aside, let’s also acknowledge that the group needs more women. Ideally, version 2 of this list -- written at some indeterminate time in the future -- will skew more diverse. (But wait, is it possible to add the caveat that we aren’t wishing for more large-scale breaches? Conundrum…)

*For the purposes of this list, let’s define ‘most famous' as the top headline-grabbing individuals who attracted widespread notoriety and have remained in the public consciousness for a sustained period. It’s also worth noting that we are only evaluating named hackers (for instance, we can’t evaluate anyone behind the SolarWinds breach because they remain anonymous).

Aaron Swartz famously helped start the popular online social network Reddit and created a cascade of attention throughout his time as a hacktivist. In 2011, the government arrested and charged Swartz with hacking into MIT’s network to download a massive cache of JSTOR academic data. These charges eventually evolved into two federal counts of wire fraud and nearly a dozen violations of the Computer Fraud and Abuse Act with a maximum penalty of a million dollars and 35 years in prison.

Through the plea bargain process, which Swartz declined to participate in, he tragically committed suicide. A couple of years after his death the Internet Hall of Fame inducted Swartz for his work founding online groups such as Demand Progress and their campaign against the Online Privacy Act.

Starting as a teenager, Kevin hacked into ARPANET, the Pentagon’s computer network. The attack was quickly discovered, leading to Mr. Poulsen’s arrest. Despite being caught, the government let the young Mr. Poulsen off with a warning. By the end of the decade, in 1988, another hack executed by Mr. Poulsen landed him in hot water with the government. To avoid being arrested, he went underground and continued to hack government secrets.

By 1990, he famously broke into a radio station to secure a contest for a brand new Porsche, a vacation, and $20,000. Since then, he has been arrested and restricted from using a computer for three years as a form of punishment. Today, Poulsen works as a white-hat hacker and journalist, writing for popular publications such as Wired and The Daily Beast.

Michael became famous for a series of distributed-denial-of-service (DDoS) attacks on a variety of corporate networks. First, Mr. Calce leveraged a network of university computers to take down the leading search engine at the time, Yahoo.

Shortly after, he attacked Dell, eBay, CNN, and Amazon using his now infamous DDoS attack. This attack brought a surprise notice to corporate America, shocked to see billion-dollar businesses shut down so easily. The concern for corporate interest led to a series of legislation changes focused on cybercrime.

Jeanson took a unique approach to hacking compared to others on the list with his curiosity about “botnets.” These botnets consisted of software-based attacks that breached control of a computer system. Scaling this type of attack, by stringing together hundreds of different computer systems into a network, can have a devastating impact.

By 2005, Jeanson successfully compromised nearly half a million machines. As outlined by Ars Technica, Mr. Ancheta used this network to profit by selling access to advertising companies and other hackers. Through these antics and specifically for breaking the Computer Fraud Abuse Act, the government charged him with a crime. His punishment would be a 57-month prison term and a $75,000 fine, marking the first time a hacker saw jail time for use of a botnet.

As a team of British hackers, Bevan and Pryce became famous for hacking into military networks during the late 1990s. The two almost started a global conflict when they leaked The Korean Atomic Research Institute information about the American military system. Though Bevan claimed to have been looking for information about UFOs, the attacks on advanced military networks showed the vulnerability of these highly classified networks.

According to NY Daily News, Mr. Gonzalez showed early signs of leadership during high school where he led a pack of troubled computer nerds. At age 22, the government arrested Mr. Gonzalez for fraud-related charges in relation to his activity stealing debit card information. This led to his cooperation with the government and eventually his collaboration with the Secret Service.

Although during his time working with the government to catch hackers, he continued to do black hat hacker work. By 2005, he helped organize an attack on TJX with a basic SQL injection, leading to an estimated $256 million being taken. In 2015, during his sentencing for the hack on TJX, prosecutors called his cyber attacks and the damage caused by them “unparalleled.”

Adrian came into the public spotlight for his hacking activities by breaching a content management system and adding in a fake quote from Attorney General John Ashcroft. Lamo became infamous for his notices to both the media and the victims of his hacks. To this point, Lamo took his hacking antics too far in 2002 when he broke into The New York Times’ network. This led to a sentence of two years probation and a fine of nearly $65,000.

In 2002, Gary gained notoriety in the world of computer hacking by perpetrating the “biggest military computer hack of all time.” Mr. McKinnon expressed honest intent for breaching these military networks to look for information regarding UFOs and other technologies useful for the public good. Despite all this, he was never convicted of a crime as the United Kingdom blocked his extradition to the United States to face criminal charges of up to 70 years in jail.

One of the most famous hacker in the world due to his international presence in media, Julian Assange offers a modern-day example of how much of an impact on the world an individual can have through hacking.

Having been on Interpol’s most wanted list, many in the world would readily identify Assange as one of the biggest hackers in the world when taking into account the impact revelations his organization, Wikileaks, has released to the world. Through all this, Assange has been pending extradition to the United States to face charges for his involvement in the Wikileaks organization.

As of January 2021, the UK officially blocked the extradition of Julian Assnage to face charged in the United States.

Most Famous Computer Hacker in the World

Kevin Mitnick holds the title as the world’s most famous hacker ever, with this title dating back to 1995 by the US Department of Justice.

Kevin Mitnick started hacking at an early age. He broke into the realm of public attention in the 1980s after he hacked into the North American Defense Command (NORAD). These events would inspire the movie War Games.

Two other hacking instances propelled Mitnick to be the number one hacker of all time. First, in 1989, he hacked into Digital Equipment Corporation (DEC) to make copies of their software. The DEC hacks led to his arrest by the FBI and conviction. Despite this high-profile arrest, while on release Mitnick famously hacked into Pacific Bell’s voicemail system, just to prove that he could.

In recent years, Mitnick toed the line between a white and black hat hacker with his cybersecurity consulting firm and security consultant services such as “Mitnick’s Absolute Zero Day Exploit Exchange.” Through his years of experience, he became known as one of the most renowned and best hackers in the world.

The bonus entry on the list of famous hackers is black-hat hacker turned good, Gummo. Known as GummoXXX on Twitter, he recently gained more publicity after announcing he holds nearly $7 billion dollars in Bitcoin. Essentially, allowing him to retire when he wants. He's quoted as saying, “I’m quite wealthy. Yeah, I do not have to work if I don’t choose to. I have over seven billion dollars worth of Bitcoin." Instead, he's focused on helping the little guy and publicly claimed to be motivated to get out of the bed each morning to help stop cyberattacks on Grandma.

Read more about the difference between an ethical hacking and pentesting.

All and all, the above hackers have had a profound impact on cybersecurity through their hacking antics. That said, the actual best hackers in the world could remain unknown simply due to the nature of the business.

As we move further into a digital era, where more governments, businesses, and individuals rely heavily on the internet and computer technology, we will surely see more hackers become famous and increased demand for proper cybersecurity practices as a result.

Lastly, learn more about how Cobalt's Pentest as a Service (PtaaS) platform empowers companies to improve their cybersecurity. 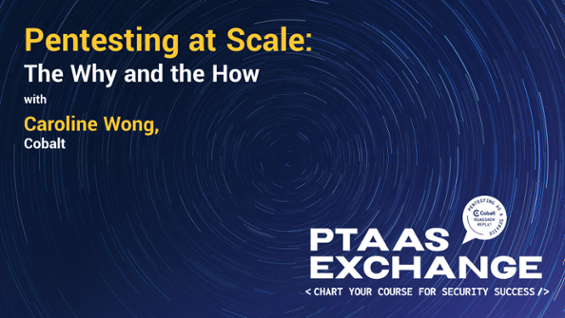 The history of hacking offers a colorful background dated all the way back to the late 1800s.
Modernizing Pentesting
Blog
Dec 5, 2022
Read more

Top 10 Hacking Movies of All Time

Why We Do Hackathons at Cobalt