Top 10 Hacking Movies of All Time 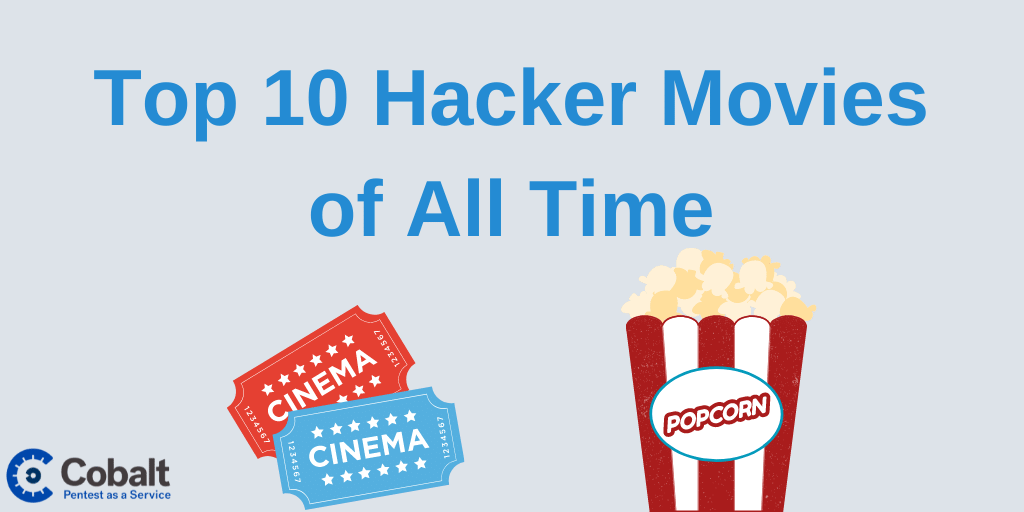 Movies about hackers boomed in popularity towards the end of the 21st century. Ranging from cult classics such as The Matrix to OG hacker movies such as Sneakers or WarGames, these movies provided audiences with an inside look at the mysterious world of hacking.

While this subjective list of the top all-time hacking movies is a great start, we’d love to hear what you think is the best all-time hacker movie! Join us on Twitter and add to the conversation here. 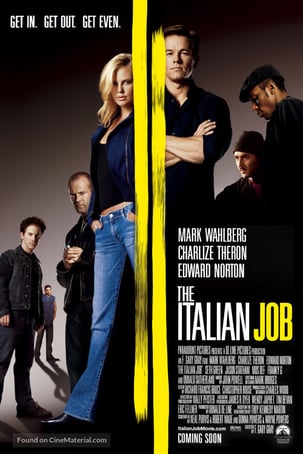 While hacking is only a small portion of The Italian Job, it offered the 21st century one of the first accurate depictions of how hacking works.

*spoiler alert* - In the movie, one of the main characters, Lyle, breaks into the city’s traffic control systems. Through this, he’s able to control all traffic and clear the path for the getaway cars during the movie’s famous heist scene.

The movie follows the three getaway cars, cutting back and forth between this Fast-and-Furious style shot to Lyle typing away on his computer with flashes of the traffic controller’s office that slowly devolves into chaos.

While Lyle’s character portrays hackers as grubby computer-loving nerds, the example of an exploit on infrastructure is certainly possible. 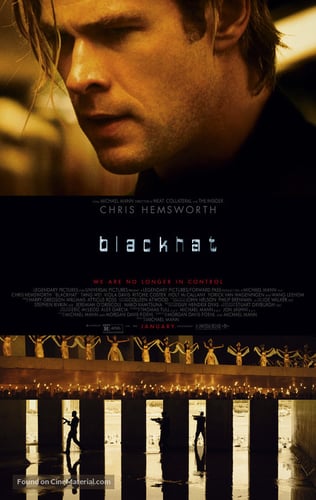 Before Chris Hemsworth played the legendary god Thor, he acted as Nicholas Hathaway, a convicted computer hacker in Blackhat.

The movie starts with a digital attack on the Chicago Mercantile Trade Exchange. This attack prompts FBI involvement which leads to a convicted hacker, Mr. Hathaway (Hemsworth’s character) being brought onto the team to stop the attackers.

Throughout the movie, Hathaway leads the series representing the rise of a fallen hero. Having the necessary skills, Hathaway may be the only person capable enough of stopping the dangerous motive behind these cyber attacks. 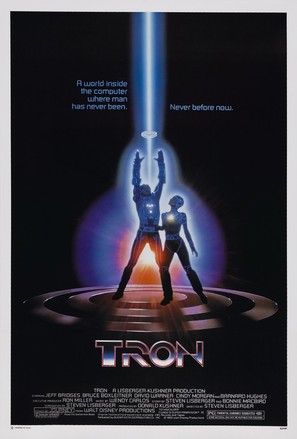 Tron takes the classic story of a hacker fighting against the big evil company to a pinnacle. The story follows a talented computer engineer, whose work has been stolen by the firm’s executive.

To stop this, the story’s protagonist attempts to hack into the system to uncover evidence of this theory but instead is transported into a digital world where he must fight his way through the story’s antagonist — only in digital form.

This exciting story is well worth a watch in its original form or with the recreation of it in Tron Legacy in 2010 (the Daft Punk soundtrack is also 10/10). 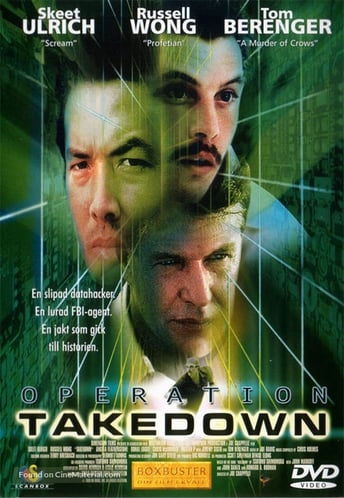 While perhaps one of the movies on this list that many readers will not be familiar with, Takedown was riddled with controversy, alleged falsehoods, and even a lawsuit after release. The story follows one of the hacker community’s most famous hackers, Kevin Mitnick, and his eventual arrest.

With that in mind, the details of this story play more into a Hollywood fantasy tale rather than a fictional reenactment of Mitnick's arrest. The reviews for this particular movie about hacking range widely with many calling it a poor portrayal of hacking and others referring to the exciting scenes throughout the film.

A controversial film about hackers to include on the list but an interesting story about one of the most famous hackers of all time. 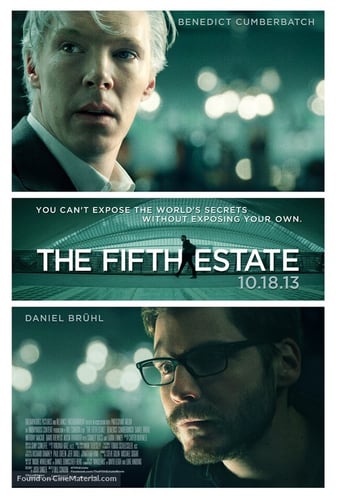 This semi-fictional thriller follows the story of how Julian Assange and Daniel Domscheit-Berg collaborated to build one of the world’s most robust digital watchdog organizations — WikiLeaks.

Much of WikiLeaks focused on releasing information stolen through anonymous sources, successful hacking attacks, or mistrusted users with too much access and a willingness to share information with the world.

This movie highlights much of the process after actual hacking takes place but the story does a nice job of relaying how it feels in the day-to-day trenches of individuals working closely with hackers.

While WikiLeaks remains ridden with controversy throughout its storied existence, many agree it presented the world with a strong counter-narrative to the mainstream by releasing classified documents. The downsides of this included disclosing private information of non-malicious actors which keeps WikiLeaks from being broadly praised today, among other reasons.

This documentary follows the infamous story of Edward Snowden and his first disclosure of a controversial NSA spying program to journalists.

The film provides an in-depth overview of how Snowden, originally only known online as CitizenFour, contacted journalists to disclose the shocking discovery of mass surveillance by the American government.

Before the disclosure, Snowden worked as an infrastructure analyst for the National Threat Operations Center where he saw firsthand the alarming amount of data collection taking place by the US Government. Through this disturbing revelation of government overreach, Snowden decides to become a whistleblower and alert the masses.

While the movie provides a high-level overview, rather than specific hacking scenes, it covers one of the most important subjects highly relevant to the world of hacking and cybersecurity — mass surveillance. Furthermore, with an amazing 96% approval rating on Rotten Tomatoes, it’s a great movie choice for anyone interested in hacking, cybersecurity, or personal liberties. 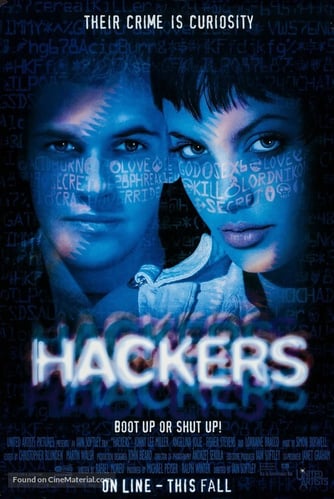 While not originally a hit, Hackers released in 1995 slowly became a cult classic. The story follows a group of high school hackers as they navigate through an unintentional corporate extortion conspiracy.

The movie nails the 90’s public sentiment towards computers and the world of hacking, portraying the hackers as young nerds exploring the outer limits of this new technology. Furthermore, the movie references multiple noteworthy hacker ideologies from that period, such as those presented in the Hacker Manifesto released in the late 80s. 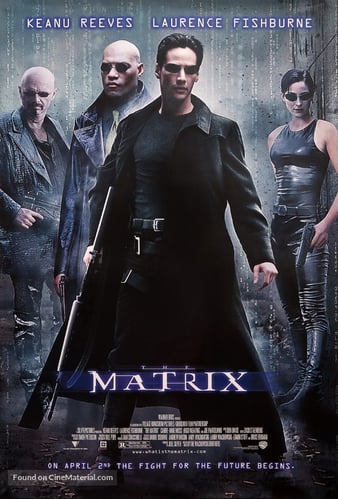 The Matrix comes in as perhaps the most popular movie on the entire list. While it certainly captures mass public interest from around the world, the story only portrays hacking during a few of its scenes.

**Spoiler Alert** (Seriously though, who hasn’t seen The Matrix yet? Please go enjoy!) Much of this film focuses on an elaborate “neurological man-in-the-middle attack” created by computer overlords to extort humans for energy. While it’s far more advanced of a phishing scheme than is remotely possible today (or is it?), the movie does highlight a few different intriguing hacking scenes.

One example of this relates to how people can transport themselves in and out of the Matrix using a phone. This feels just too similar to old-school phreaking attacks that were commonplace in the early days of the internet.

Furthermore, The Matrix offers audiences one of the best movie hackers with the character Trinity. In key scenes in the film, she does an excellent job of highlighting  code-based exploits. The film’s sequel was strongly applauded because of this point. 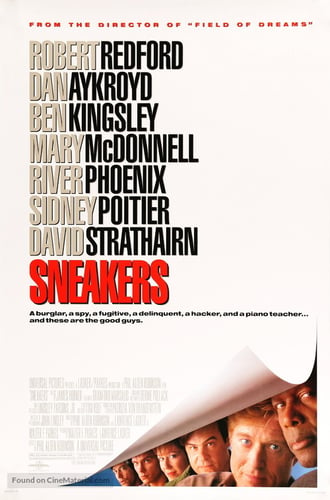 With the entire plot focused on a group of computer hackers, known in the movie as Sneakers but better known as penetration testers, it’s one of the best hacker movies of all time. The story follows Martin who leads a team of specialists conducting penetration testing services for companies.

Through his business, Martin finds himself in a world of trouble after completing a heist of a tool that’s simply too powerful for anyone to get their hands on. The story follows him and his team as the antagonist continually tries to exploit them through trickery or straight physical coercion.

While the movie provides a high-level overview of how important cybersecurity is rather than showing specific exploits, it’s withstood the test of time as one of the best movies about hackers of all time. 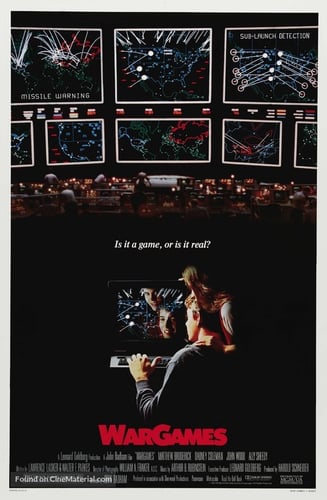 The final and top film on the list of hacker movies is WarGames, which is the oldest movie on the list as well.

Released during the height of the Cold War, WarGames follows the story of a high school student who inadvertently breaks into the United States Air Force’s missile launch system. Through this shockingly easy discovery, the story’s main character is thrust into a world of trouble, ranging from FBI agents arresting him to being suspected as a Russian double agent attempting to sabotage the United States.

The film offers a perfect mix of hacking specifics, especially at the start of the film, while balancing this closely with an exciting overarching narrative. All and all, if you haven't seen WarGames yet, it’s well worth a watch despite being nearly 40 years old. 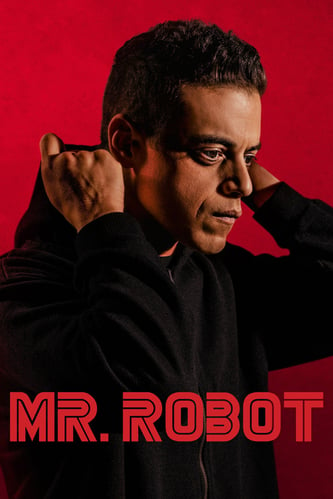 Although not a movie, the television series Mr. Robot offers one of the most accurate depictions of how hacking actually works. The series follows Elliot Alderson, a cybersecurity engineer and hacker deep in the trenches of a cyberwar against one of the world’s largest (and therefore evilest) corporations.

The fascinating series ranks as one of the best TV shows of all time according to IMDB and is truly worth a watch for any technology enthusiast.

Remember, Hollywood’s portrayal of hacking often misses the mark in terms of accuracy. While some do better than others, the director’s goal of entertaining audiences doesn’t always align with providing an accurate representation of what it’s like to be a hacker.

Read more about this experience with an overview of the Top 10 Famous Hackers or learn more about Pentest as a Service (PtaaS). 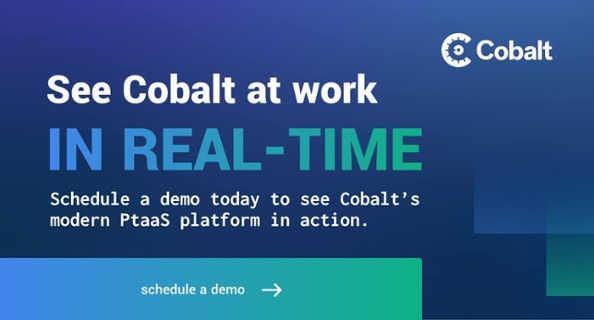 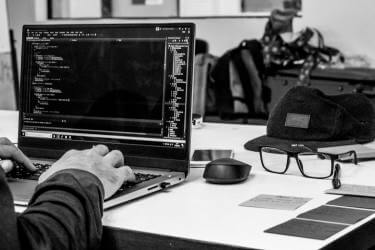 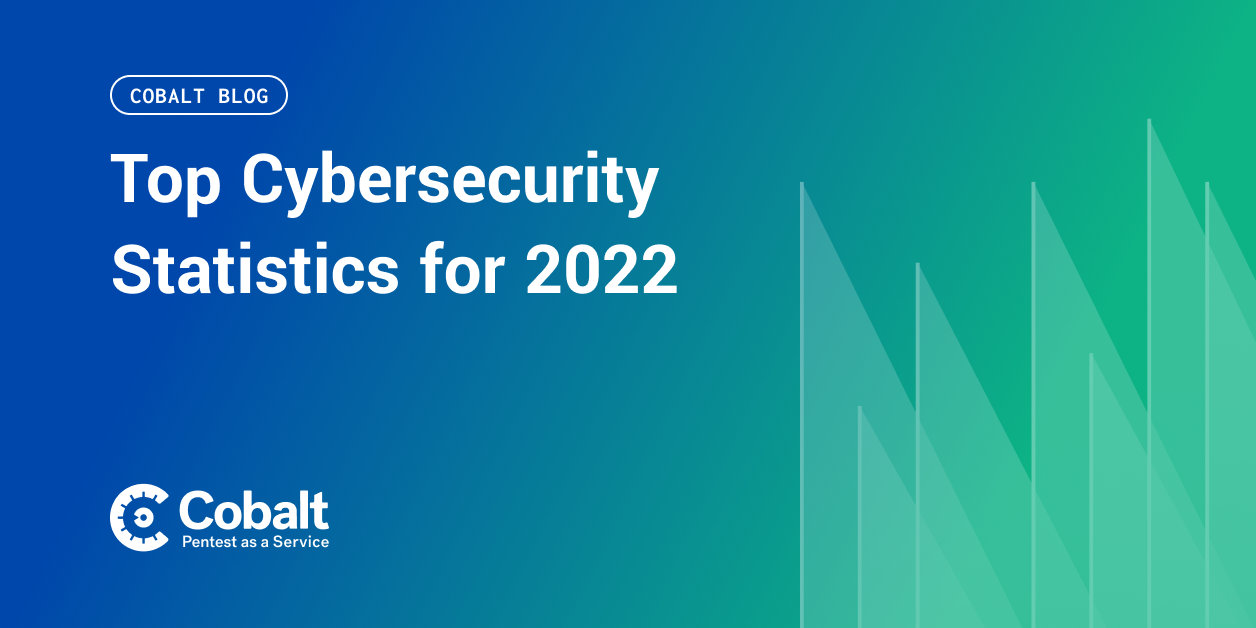 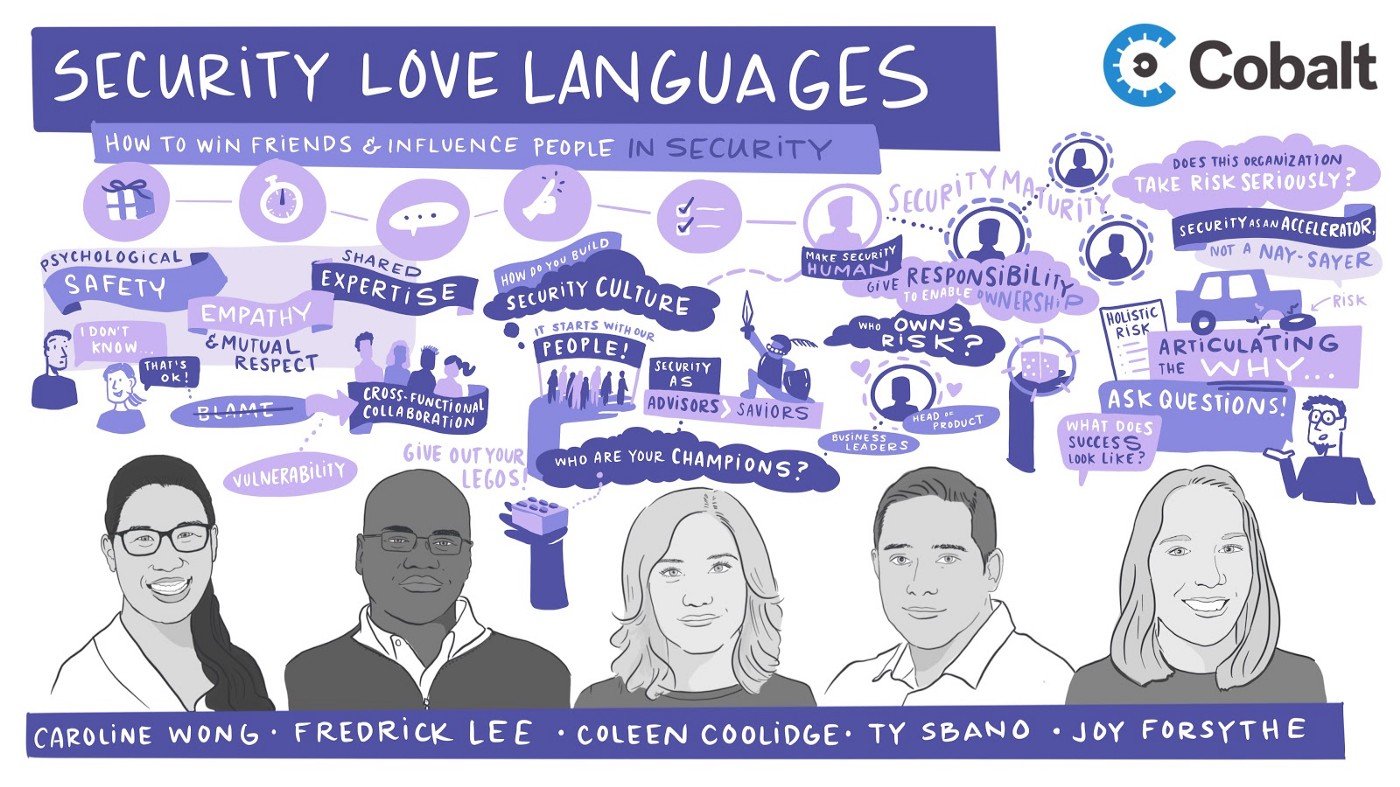 As humans, we express our love for others through words and actions, and we receive love by interpreting the words and actions of others.
Cybersecurity Insights
Blog
Mar 18, 2020
Read more
see more